We started at six o’clock in the morning driving South on Highway 395. On our way down we met an old guy with his motorhome and a Volkswagen Bug in tow at a gas station. 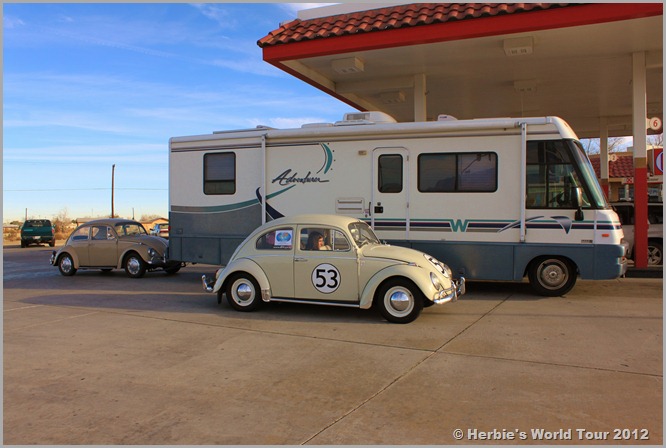 What you can see here is very common for the US – the motorhome is pulling a car. Europeans would normally pull a camper with their car. Here it can be the other way round. The reason for having a car in tow is to use it whenever they stop for a longer period of time in order to save gas and to be more flexible. 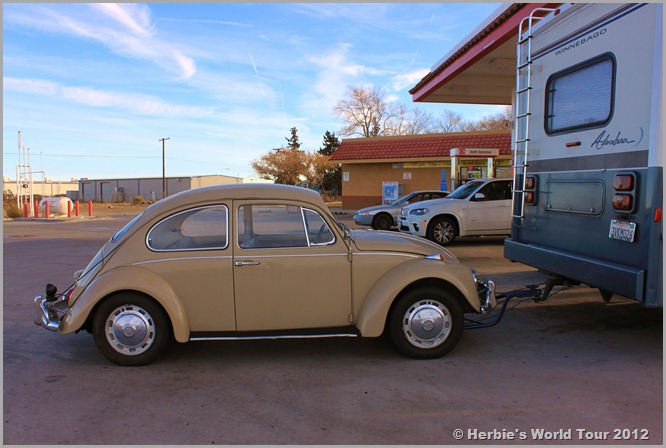 His Beetle was probably from 1967, Domi guesses, because it had the small tail lights and the round bumpers but already the modern head lights. Anyway it was in a great shape! 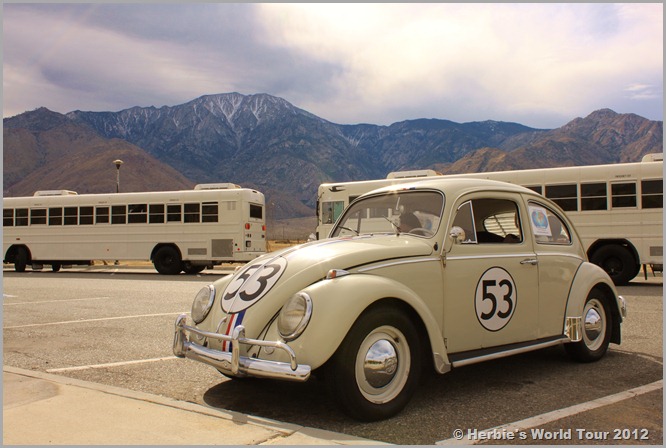 We took our first brake for lunch at a rest area on Interstate 10 close to Beaumont. In the back you can see those white busses. There were all together five of them, packed with young US Army servicemen stopping for using the bathroom. Domi didn’t want to wait in an endless line of soldiers for going there so he went simply outdoors. 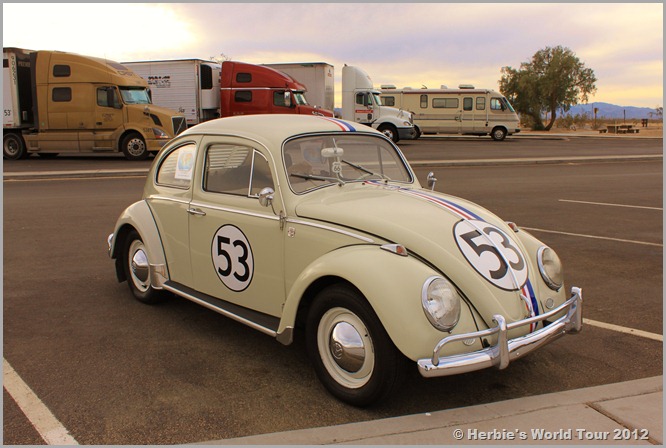 Later on we stopped for a coffee (with of course dates and almond butter) at the very last rest area in Southern California on I-10. Although we are not towing our camper this time we’re carrying a propane stove with us so we can brew our own coffee.

After 300 miles (almost 500 kilometers) on the road we stopped at a little motel in Blythe, California, for the night. Tomorrow we’ll be back on I-10 going through Arizona. We’ll pass big cities like Phoenix (Arizona’s capital) and Tucson.