We woke up very early today, because Domi had to get to the appointment with a custom executive for getting the vehicle inspected. There he was, Herbie our Love Bug! 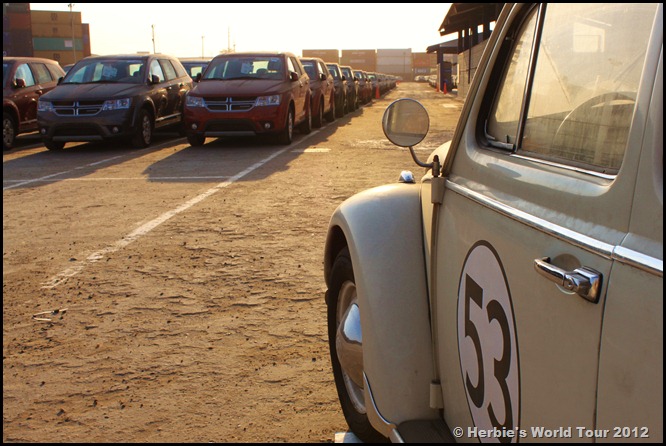 Domi spent three hours with Herbie waiting for the inspector but he didn’t show up. So it was time for a personal check. Domi was shocked and sad at the same time! 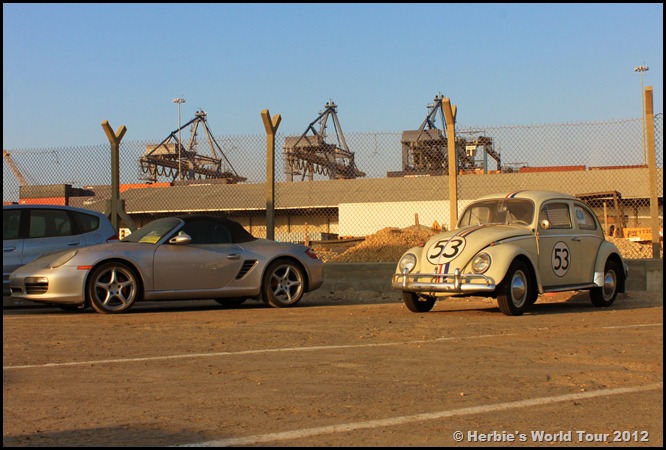 Okay, dirt and rust might be common, but we think it is not necessary to damage a car in a way somebody did. One of the headlights got hurt and the lid lock was broken. 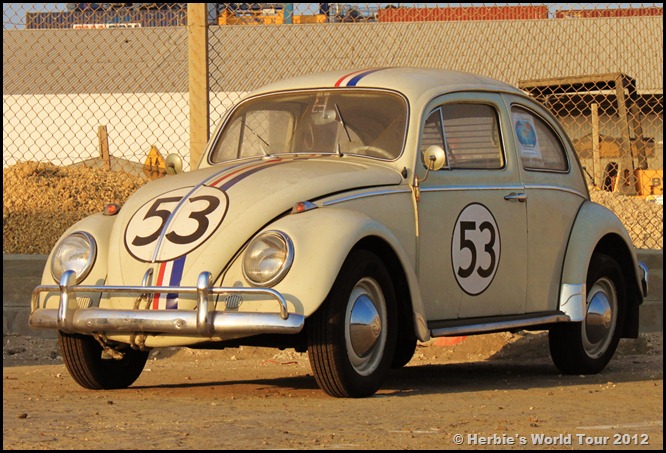 And the worst thing Domi discovered was, that somebody obviously left the ignition on and caused not just an empty battery but also a tricky electric problem in the back. 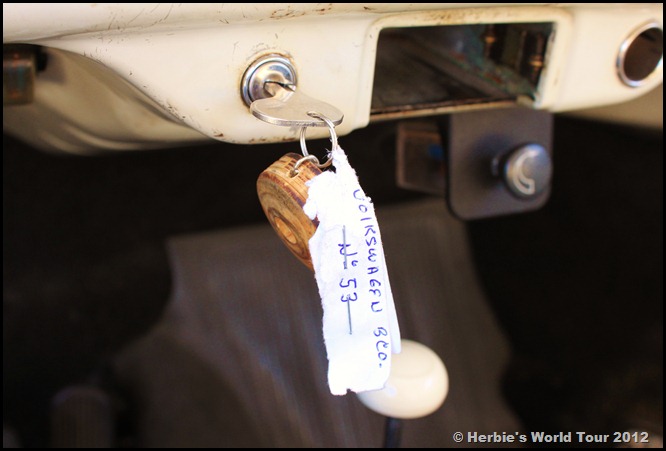 Domi was going through a “nightmare” from six o’clock in the morning until sunset. But he finally got Herbie out of the port, although we still have to fix all the destruction. 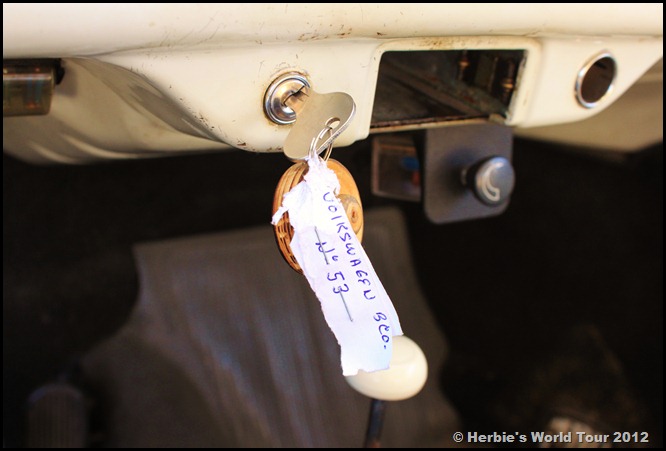 Herbie himself is sitting now right in front of the port entrance waiting for Domi to come and having some “plastic surgery” after he got hurt by careless human beings.