Matthias, electronics and a control unit

Matthias is a trained electronics engineer, so Friedrich had the idea  to copy the memory of a modified control unit (erasable programmable read only memory – EPROM) to save money, because an empty EPROM costs about 2€ and a modified chip from a shop up to 150€.

So Matthias tried to replace the original EPROM with a modified chip. 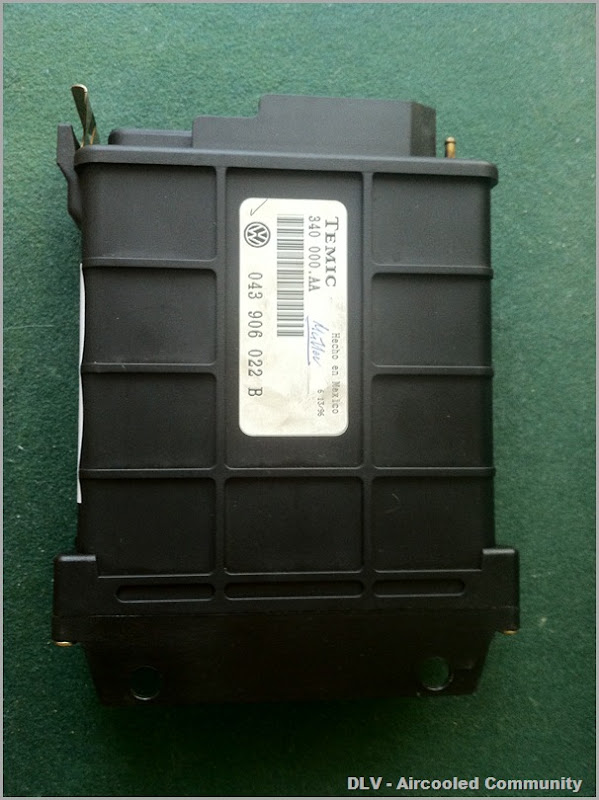 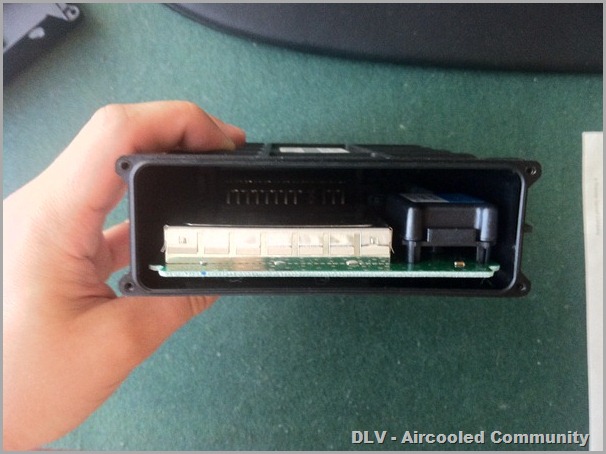 Seven screws are need to be removed to get access to the Motherboard of the control unit. 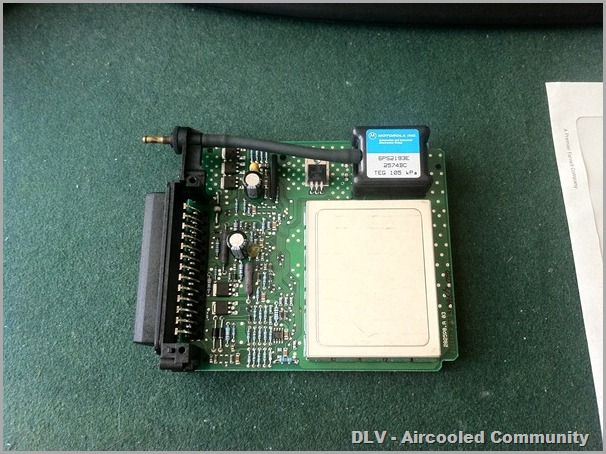 The motherboard without case. The EPROM and  the CPU are placed under the silver cover. The cover is a faraday cage to protect the electronics against electromagnetic waves. 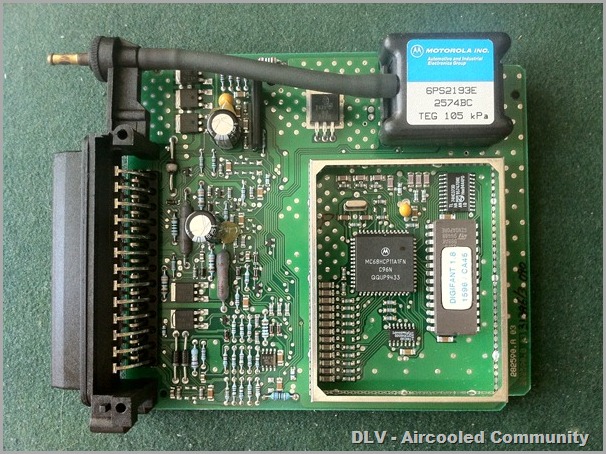 The IC on the right side, with the sticker on it, is the EPROM. 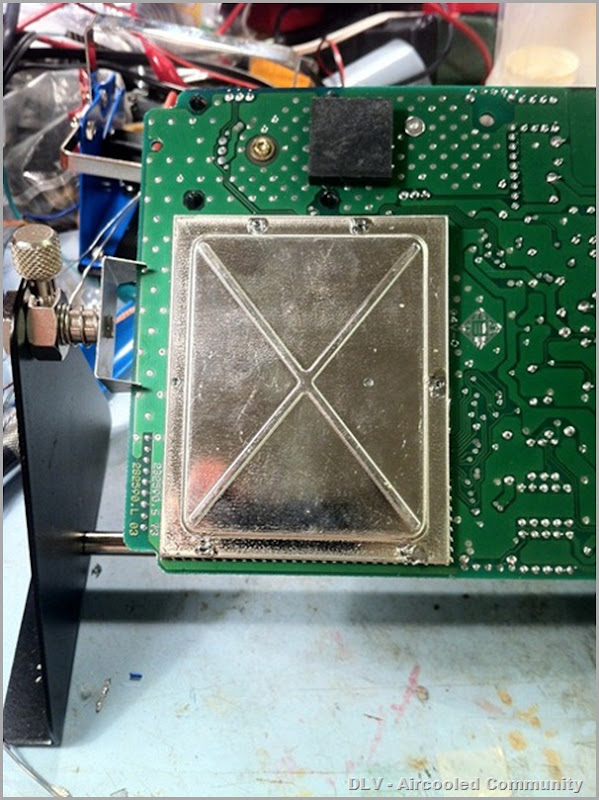 The rear side of the control unit. If you want to copy an EPROM it’s easier to replace the original one, because it’s quite difficult to program an EPROM twice. So the read side of the faraday cage must also be removed. 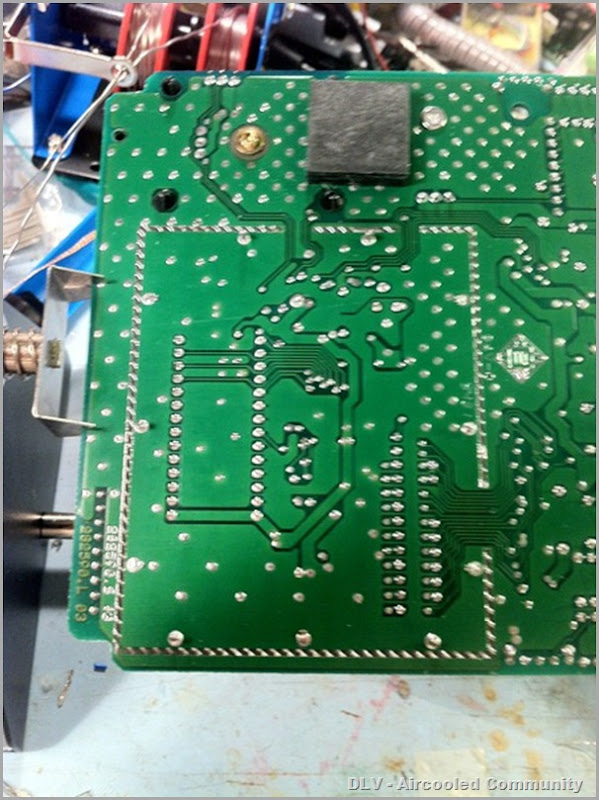 To remove the EPROM, it’s good to have a machine for hot air soldering. 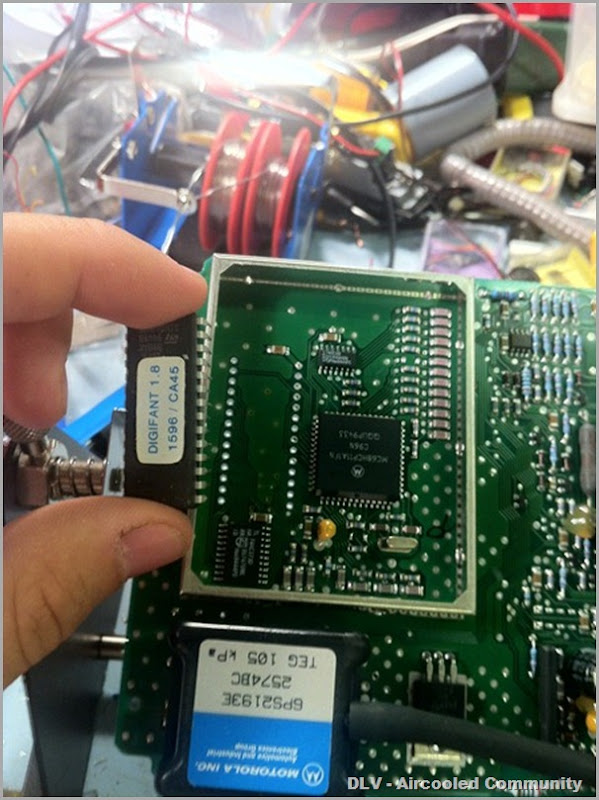 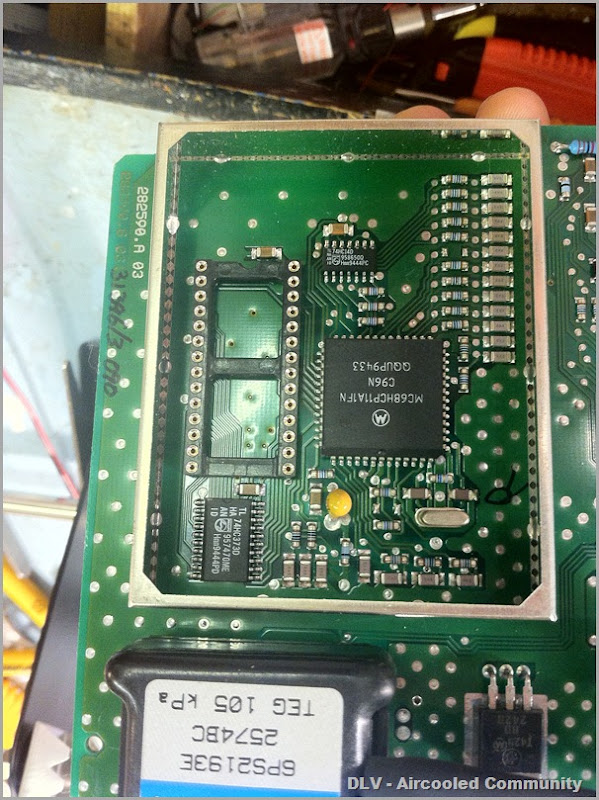 The new EPROM gets a socket for easier assembly. 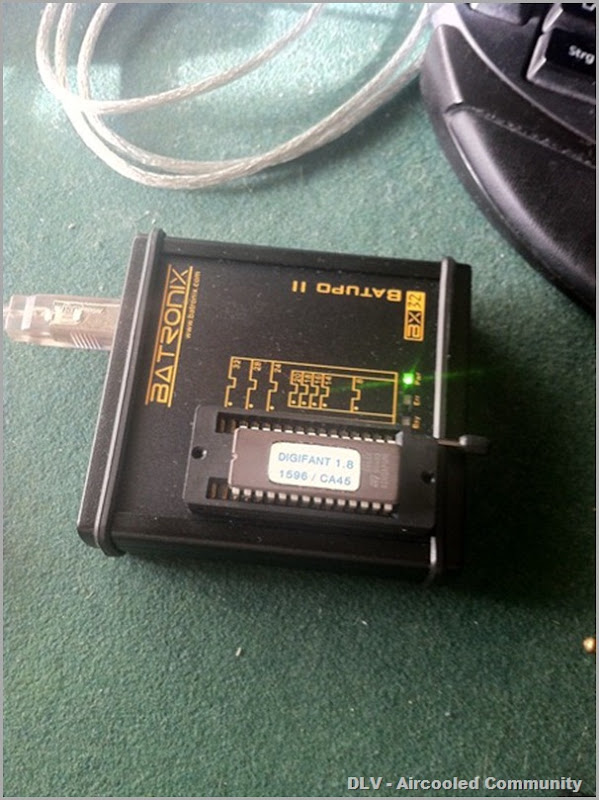 The Original EPROM in a programmer to get data out of it. 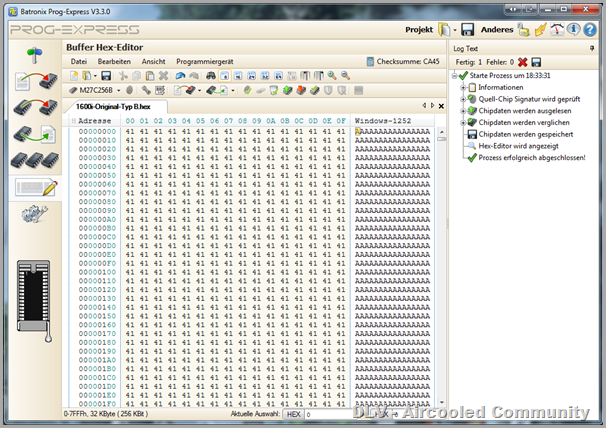 The memory of the original EPROM in hexadecimal. 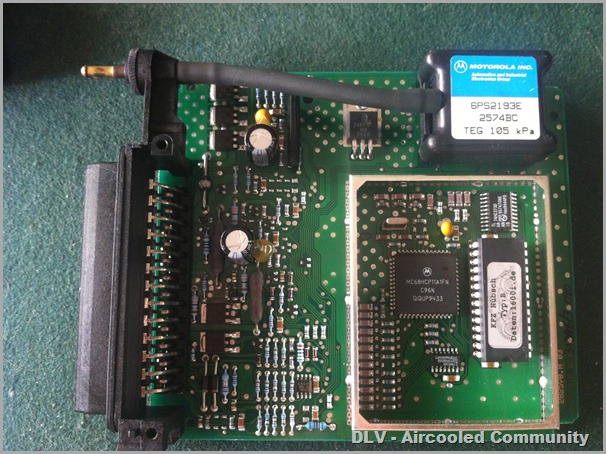 Plugging the new EPROM in its socket on the control unit. 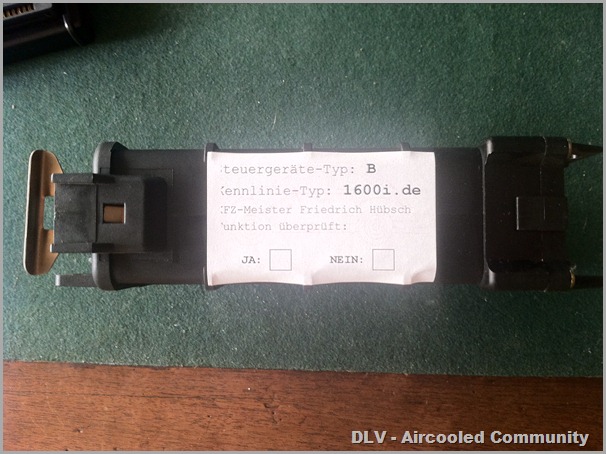 At last the control unit gets a sticker to show the modifications. I’m sorry for the quality of this picture. The original  sticker has a bug in the background.  All in all Matthias needs about 2 hours for replacing the EPROM.

Last Sunday as Georgy, Fabi, Lisa and Markus where at the “Seiberer Bergpreis”, Domi, Benjamin and Flo visited the Oldtimer community in Enzersfeld. Take a look:

The family is getting bigger

Our new member Max is now on the road with his loved bug – have a good ride!

I have read about this tragic event on the styrian bustards blog. I want to share it with you because there’s a call for donations for this guy. Brand – Supergau!! VW Schrauberhalle Raub der Read more…