After we crossed our last border in South America, we ran into a protest of the Colombian teacher’s union, who blocked an important highway intersection right after the border, one of just two roads connecting Colombia and Venezuela with each other. 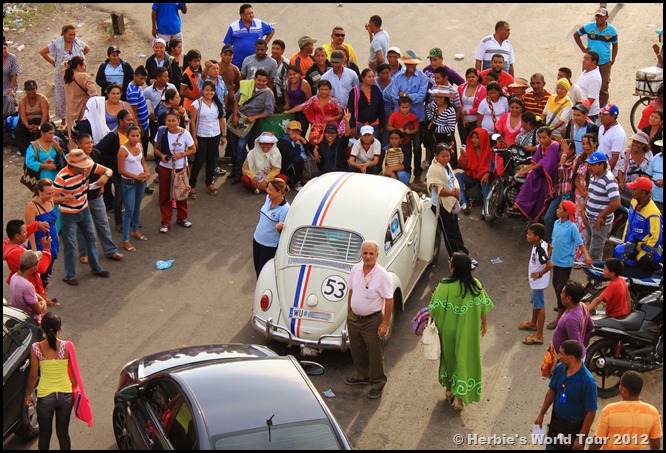 They demonstrated for higher wages and even blocked the train tracks above the street. Nobody was able to pass. Police men told us to that there is no way through. 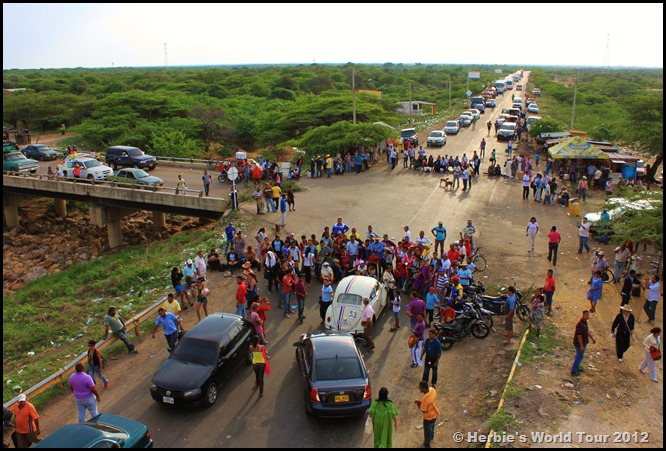 The protest should last for 24 hours, as all teachers would remain on the road for the night too. Cars were making u-turns and trucks pulled over to wait for the next day. 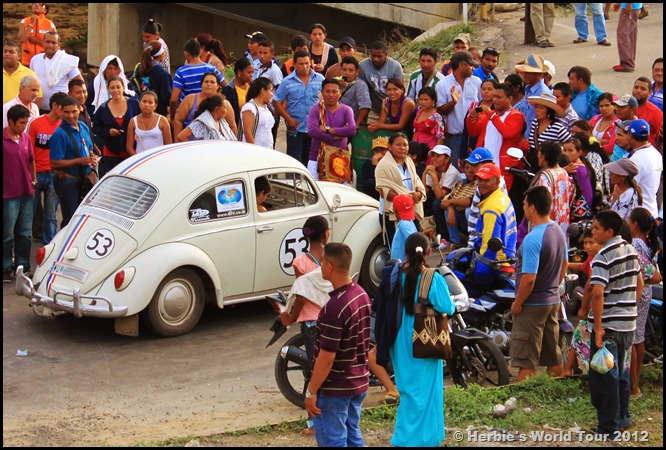 But Domi begged for passage and pointed out that Herbie has nothing to do with Colombian politicians and we eventually got permission to pass. We were the only ones who got this privilege! What was it: Sympathy for Herbie or Domi’s charm?