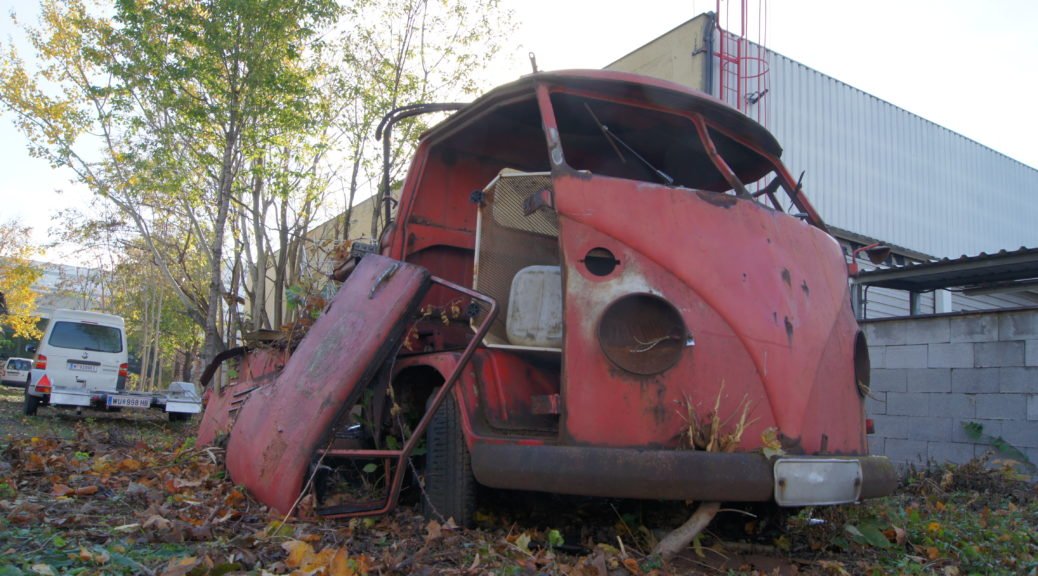 Yesterday Flo and Benjamin met at a property in the 22nd district of Vienna. There was a fire department single cab standing for more than 20 years. A view months ago the owner cut all the woods and so he opened the view to the transporter from the early sixties. After many calls, Flo was able to meet the owner and bought the car. After removing all the dirt and scrap they were able to determine the bad condition. A view more years outside the car would have broken in half. For the rescue, they had to remove the brakes and put new wheels on it. Hopefully anytime in the future, it will drive again.